Autumn Barn Wedding at The Stables at Russell Crossroads

The Stables at Russell Crossroads

Sometimes when you’re driving through Alabama it’s exactly what you’d expect. A mix of rolling hills, flatlands, and some Lynyrd on the radio. Yet sometimes Alabama will catch you by surprise. It certainly did when I was driving to Tori and Kendall’s Alabama barn wedding. This was a surprisingly classy barn. Seriously, it was a hidden gem of a venue and this couple hired some world-class vendors to create a fun and beautiful (albeit rainy) wedding day.

Tori is that crazy friend who’s always up for an adventure. Her eyes maintain a permanent mischievous sparkle. I’m sure that’s how Kendall first noticed her. Kendall is quiet, respectful and observant. Unless you’re in his inner circle or play baseball. Then he’s a powerhouse.  Together they make quite the team.

I met Tori through Erin, my favorite ‘super crier’ Maid of Honor from Marie & Mark‘s wedding. Tori was easy to talk to if I could get her on the phone. After Kendall was drafted by the Toronto Blue Jay’s in 2013, she’s been busy helping him adjust to the nomadic life of a ballplayer. I’m excited that they are settling in California, now that Kendall pitches for the Oakland A’s. We’ll be neighbors! As an added bonus, I’ll get to hang out with some of the fabulous wedding party peeps, too. Kacie and I had a hilarious night getting to know them during the rehearsal party. I like people who like shenanigans and this group fits that description well.

The bridal party started the wedding day at the Spring House, while the groom’s party got ready at the Lodge at Cocktail Slough. (Seriously, I’m not making that name up.) At some point, both groups ventured outside to enjoy the weather. While the guys were playing an interesting version of golf, the girls couldn’t stop laughing over shared memories from their college days. The closer we got to the First Look, the more animated Tori became. She was a laughing bundle of nerves. It was really touching to see that despite the fact they’re desperately in love, she was still anxious about that moment. As it turns out, they both were.

Believe it or not, their First Look was the one and only serious moment of the day. We were all emotional before it even began. Between Kendall’s tearful prayer over the two of them, the crying strangers on a balcony in the background and the two sniveling photographers, there wasn’t a single witness who wasn’t completely moved by it. I wish every First Look was this beautifully raw.

We enjoyed amazing weather until just before the ceremony so we hoofed it inside the stables. Crystal Strickland from Southern Posies was a wedding planner extraordinaire. Powering through the flu, she redesigned the entire ceremony inside along the stalls, complete with draping to let in the light and keep out the rain. And not a moment too soon because as the last guest arrived, the wedding commenced with a crack of lighting and fresh downpour.

The reception took place in the barn above the stables. But really, it was too beautiful to be a barn. Somehow they turned that working livestock space into a gorgeous venue. Before Kendall and Tori were scheduled to make their grand entrance into this rather elegant space, they admitted they were dreading the first dance. It’s not like 250 pairs of eyes watching your every move is unnerving or anything so I suggested they invite their parents to join them. What was originally a cause for apprehension suddenly became a very sentimental moment that really touched their parents. If I could impart just one piece of advice to every couple getting married, it would be, make your own damn rules. Screw tradition and celebrate your wedding in whatever way makes you happy.

I feel bad for anyone who didn’t see the effects of live music on this crowd. Kidd Blue performed and like the Pied Piper, these partygoers flocked to the dance floor. Arms, legs, and clothes were flying everywhere. It was awesome. I was sure it would eventually lead to half-naked daredevil stunts but the wedding was a wrap at a highly respectable hour and we had hot pizza in the hotel room within an hour! I love photographing Tori and Kendall and wanted more time to play but I know I’ll get the chance again in California. Besides, if I can’t find an affordable apartment, I’m calling dibs on their couch. 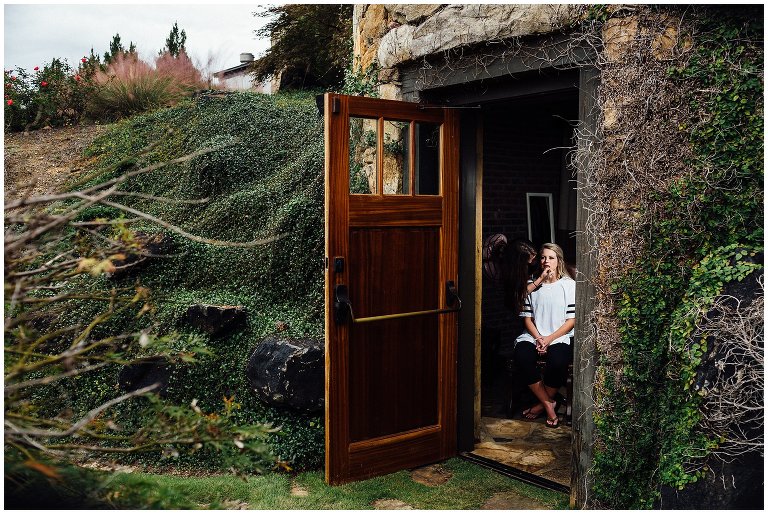 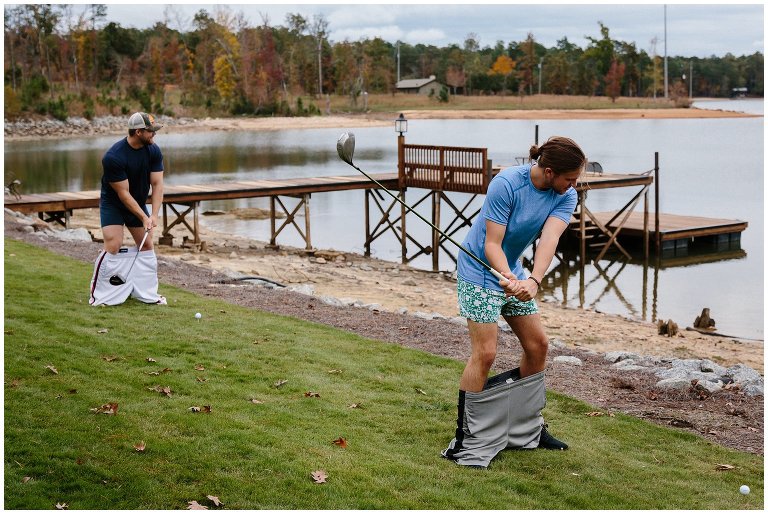 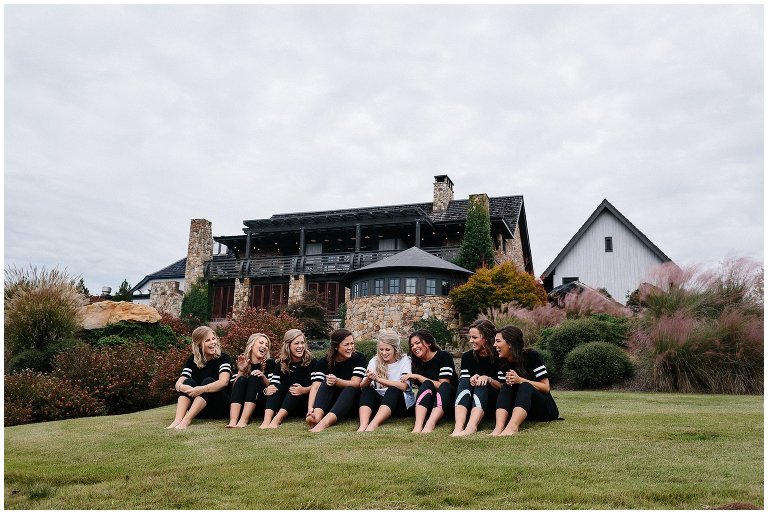 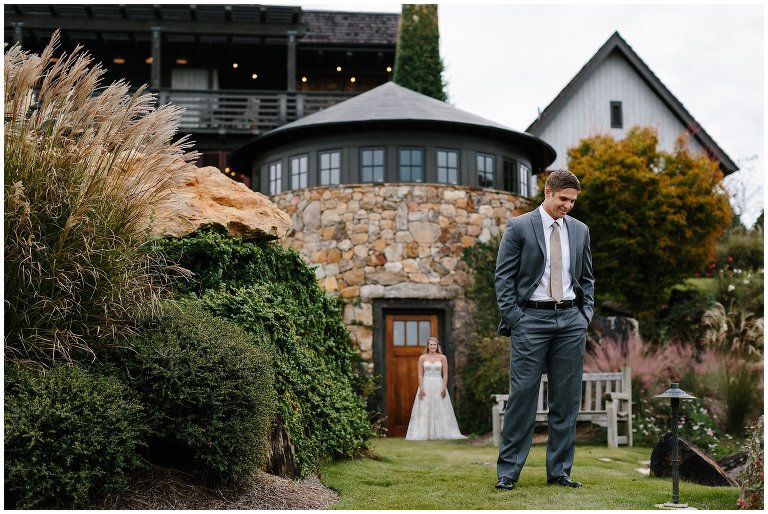 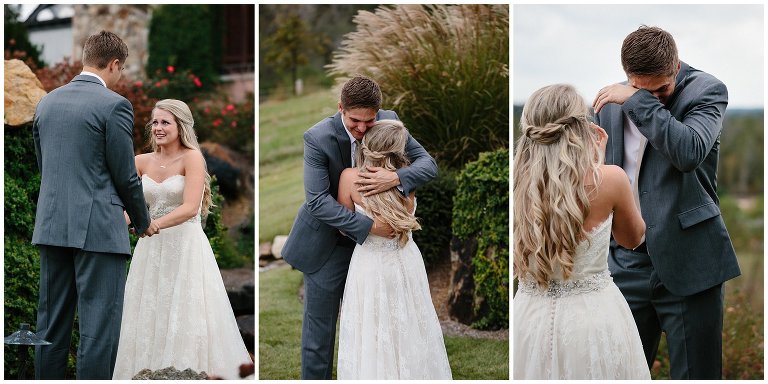 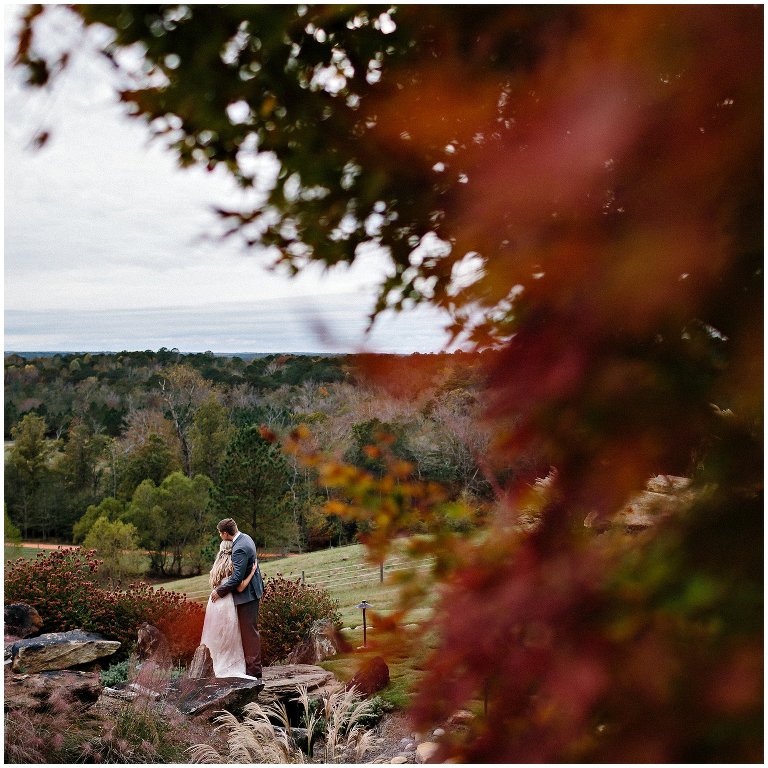 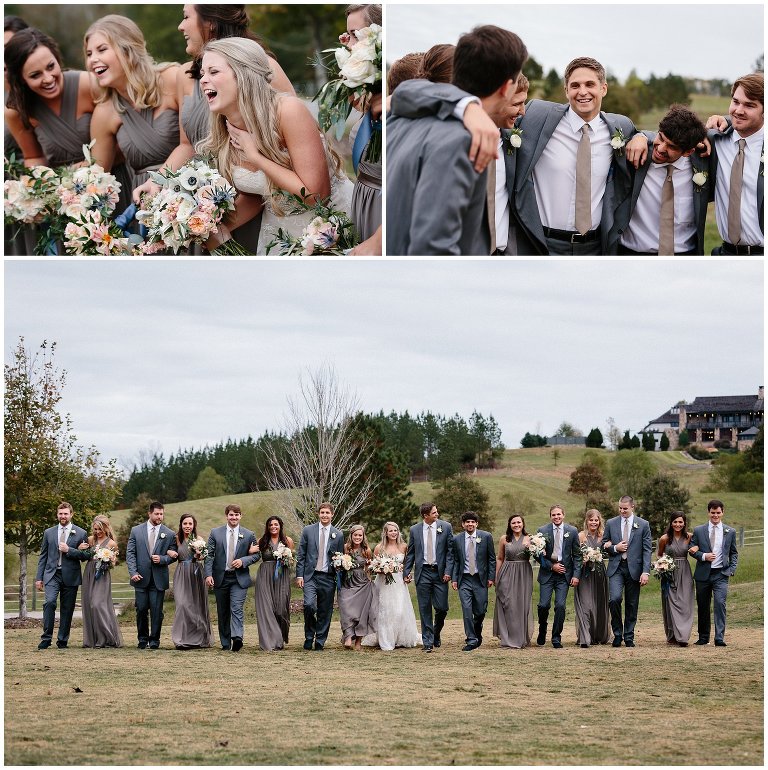 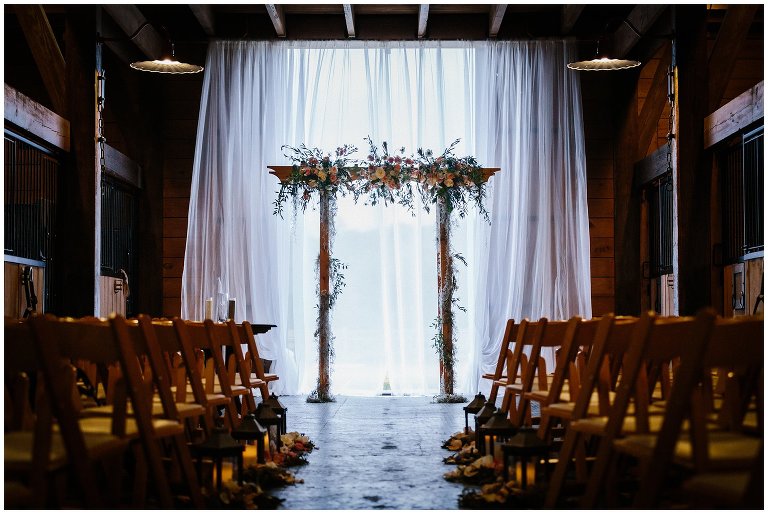 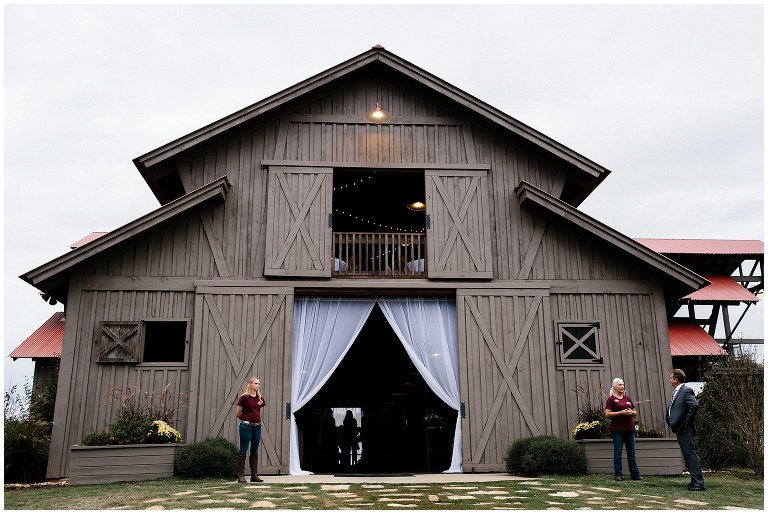 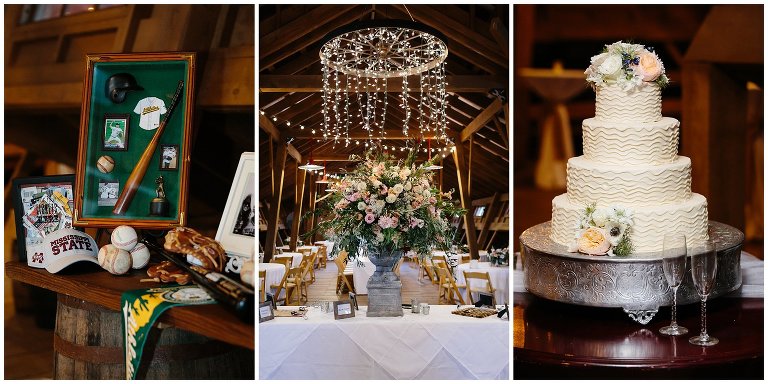 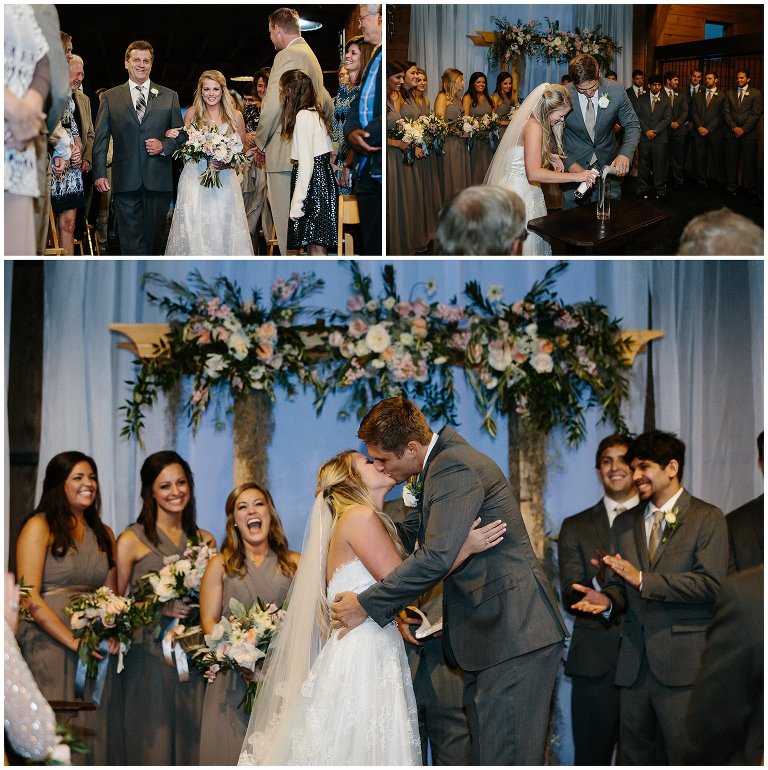 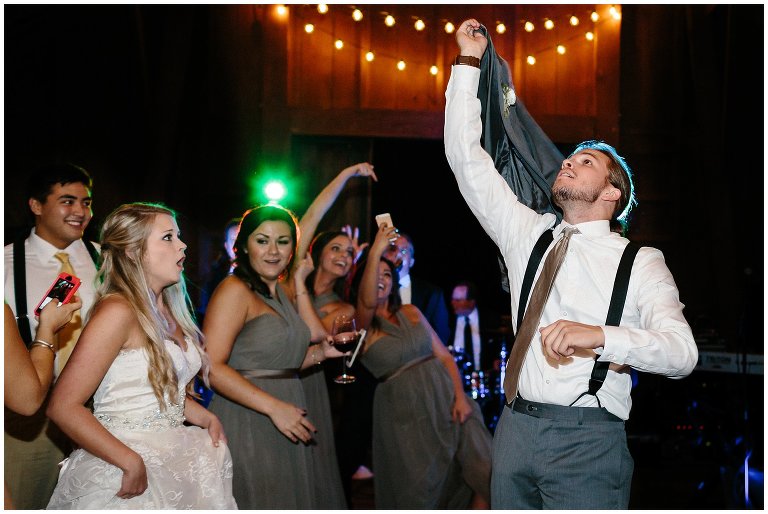 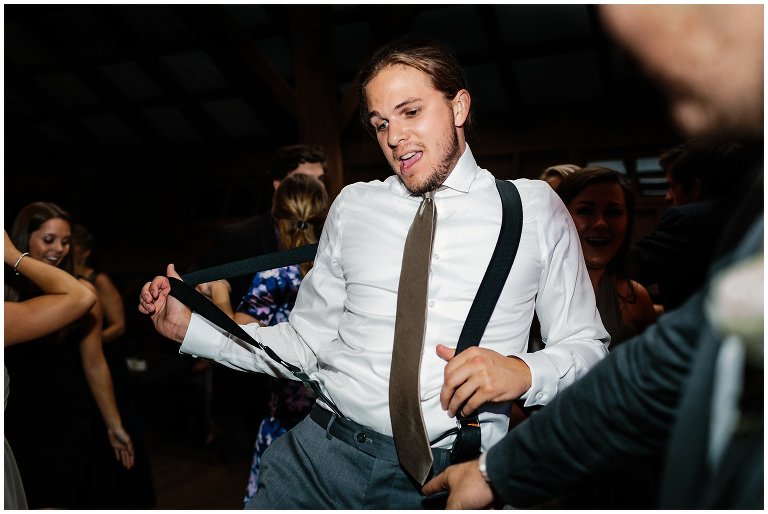 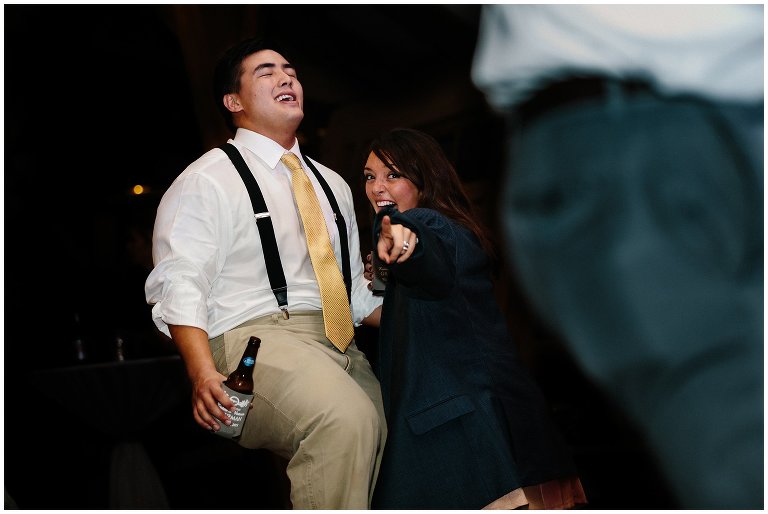 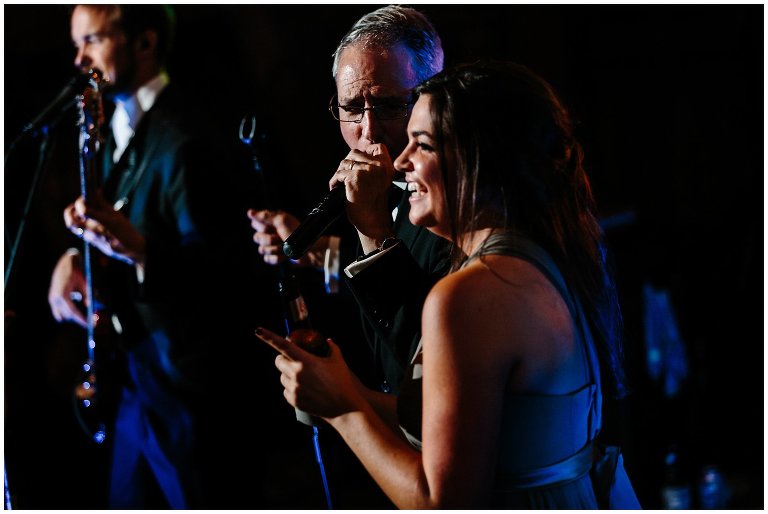 Venue The Stables at Russell Crossroads