Sometimes I fear I get a little too attached to people. As a destination wedding photographer, it’s hard not to. We spend upwards of a year or more discussing one of the most momentous weeks they will ever experience. What if they don’t want to be stuck with me as their friend for the rest of their life? Luckily, when I fell for Hollie and Michelle, the feeling was mutual. After we met in Hawaii at Steve and Kirstie’s wedding, they invited me to capture their Alberta, Canada destination wedding in Jasper National Park. I felt so at home with all of the friendly faces I first met in Hawaii, that I seriously want to move to Calgary.

A few days before their wedding, we made the five-hour drive from Calgary to Jasper through Canada’s Rocky Mountains. It probably took longer because I had to photograph longhorn sheep, waterfalls, snow-capped mountains and log cabin toilets. Despite a freak snowstorm minutes before rehearsal and a late-night run-in with a thankfully patient elk, we made it to the wedding day. Both Hollie and Michelle became incredibly nervous leading up to their First Look. This was the moment they had been waiting for. By the time we were ready, the Brides, Attendants and I were in tears. I remember backing up into a tree and streams were literally running down my face as the snow was falling down my pants. Everyone except Nixon, the dog, was completely moved by this moment.

Alpine Art, now better known as the Wedding Party Photo Tour Bus, escorted us to a few of Hollie and Michelle’s favorite spots around the mountains. In between stops, we snacked, told stories and pinned boutonnieres. You know you’re a professional when you can pin a boutonniere on a moving bus. The ceremony at Maligne Look Out was breathtakingly lovely. The view from the day before was a solid white-out but on this day, it was crisp, clear and highlighted with bubbles. Wedding planner, Melissa McKenney and her team (especially that seriously hot guy) at Sawridge worked for days to turn an empty room into a silver and lavender party haven. Beyond the draping and twinkle lights, the reception was filled with all the necessary elements for shenanigans – photo booth, line dancing, big screen for the hockey game, pizza bar, ice cream bar, and floating lanterns. These ladies know how to throw a serious party! It was an unforgettable night. One I am forever grateful to have been a part of. 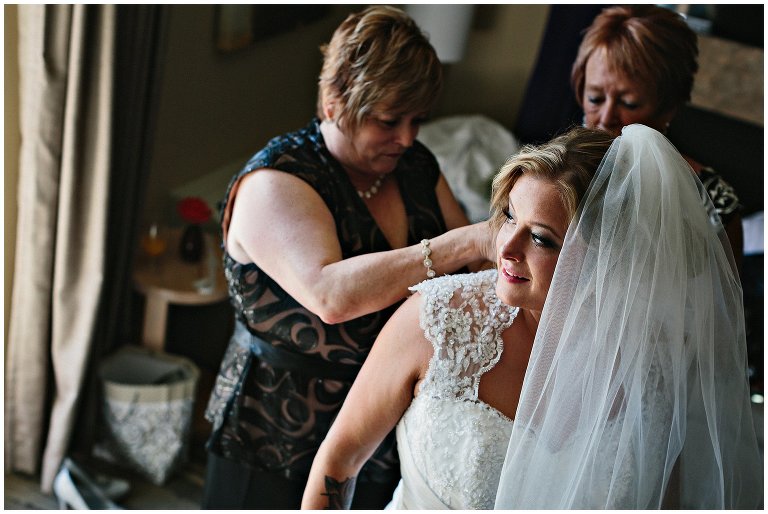 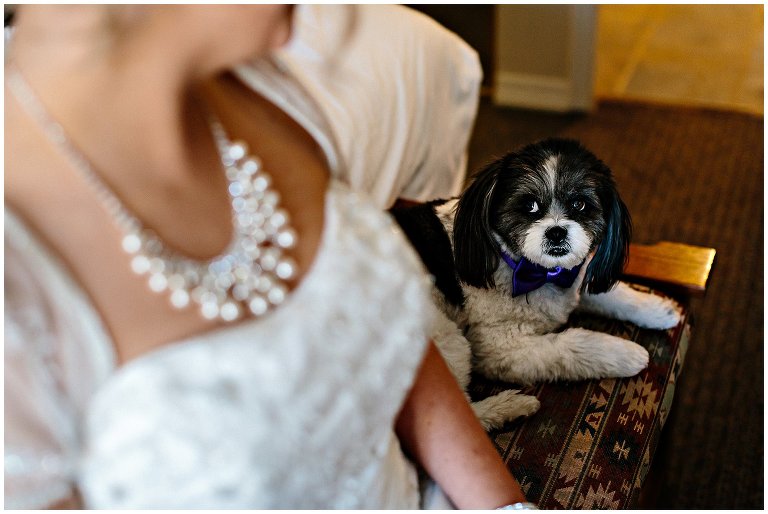 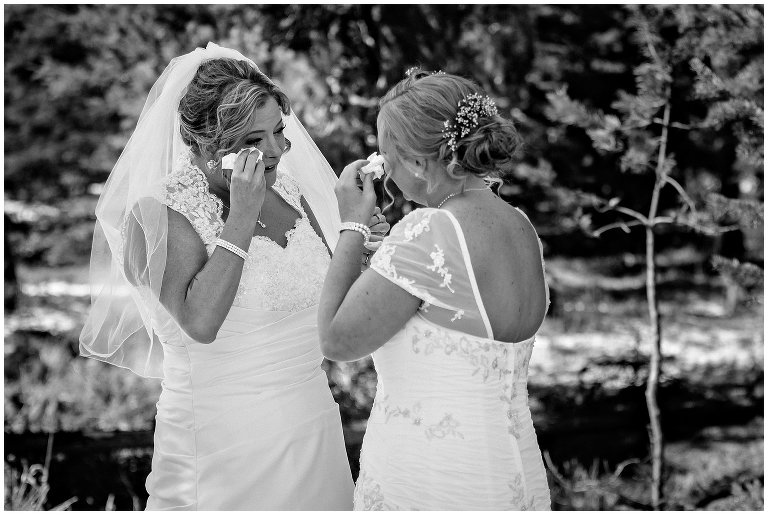 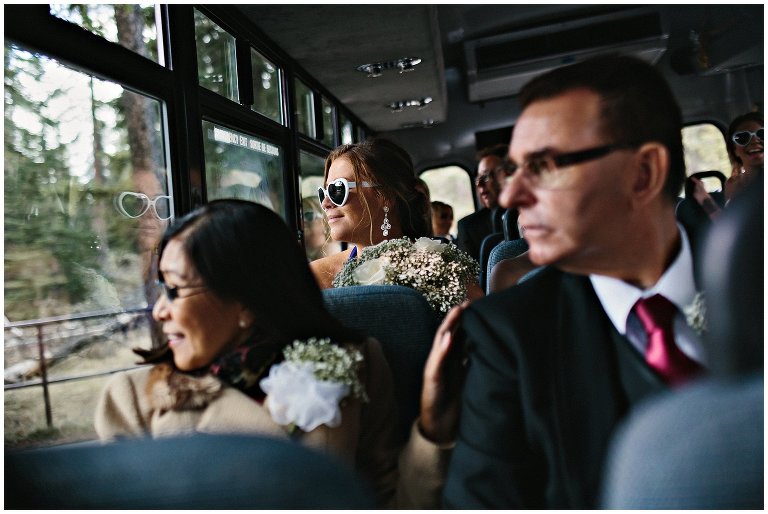 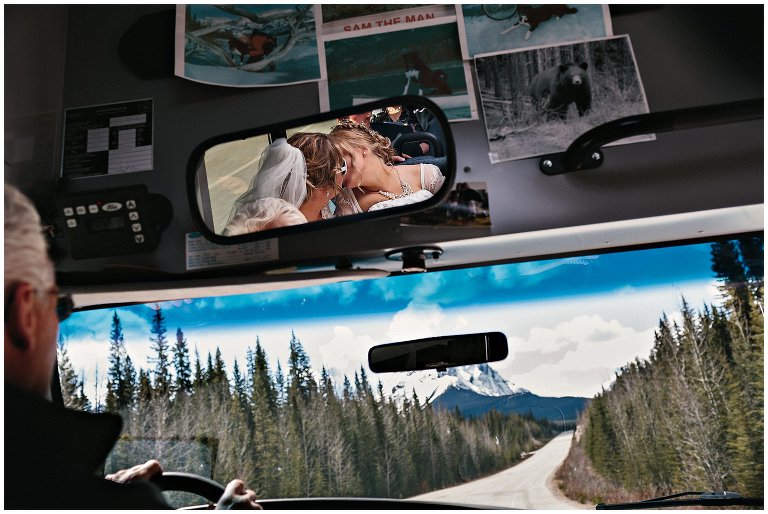 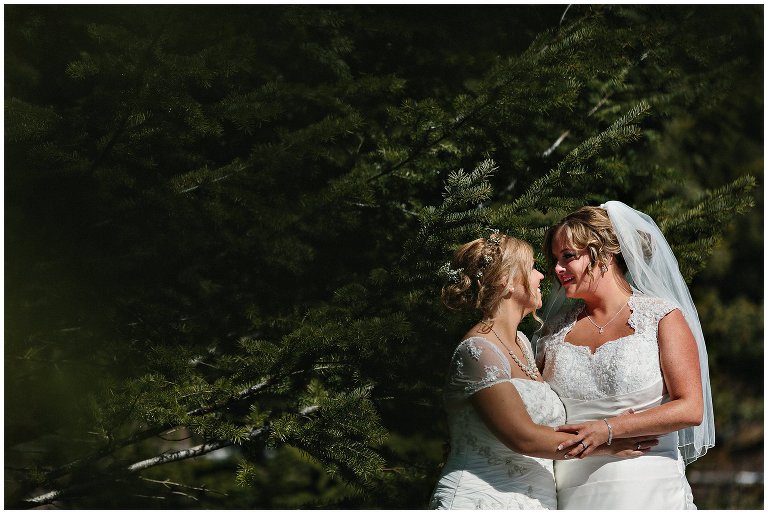 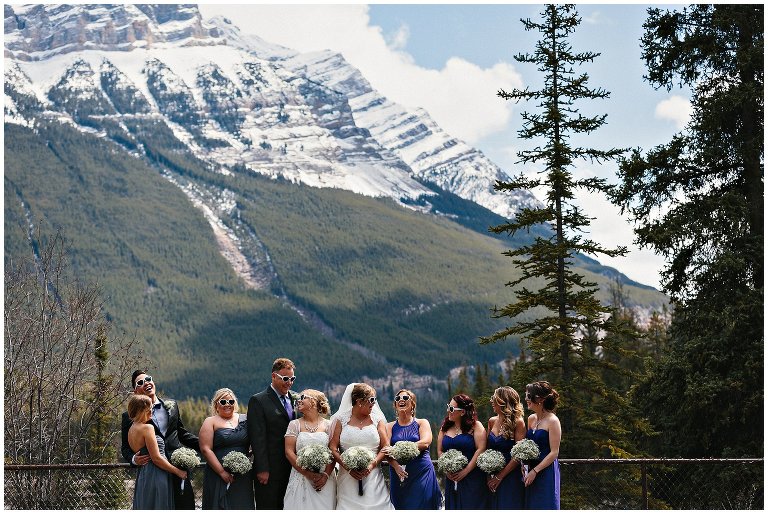 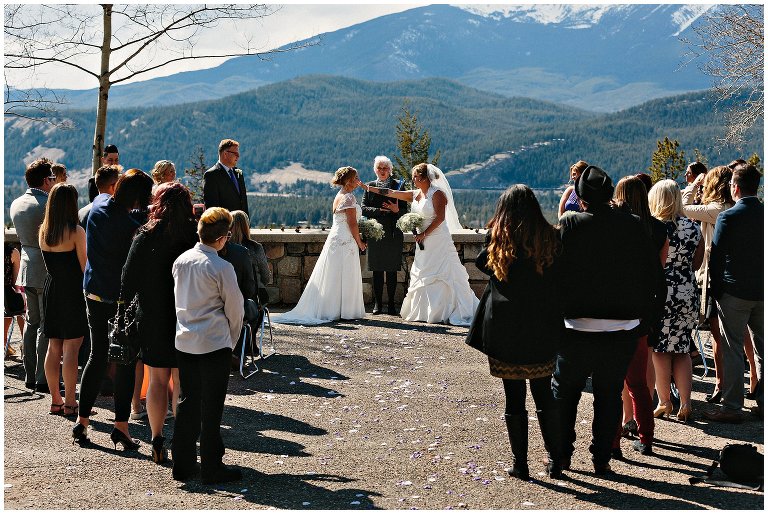 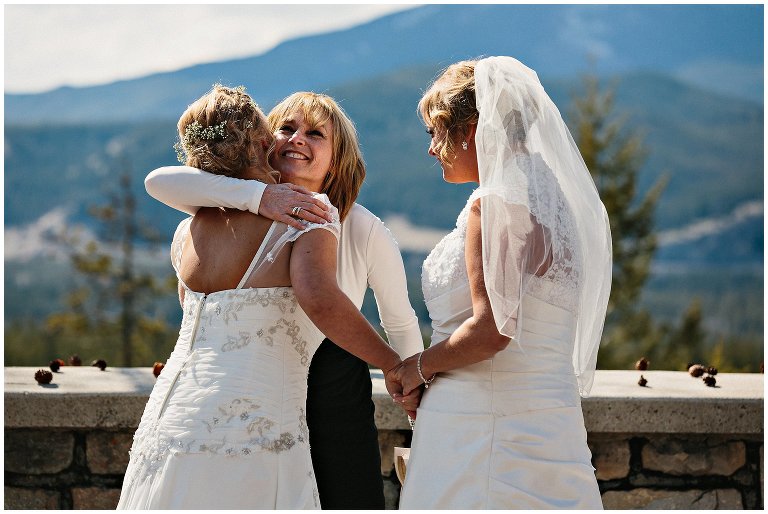 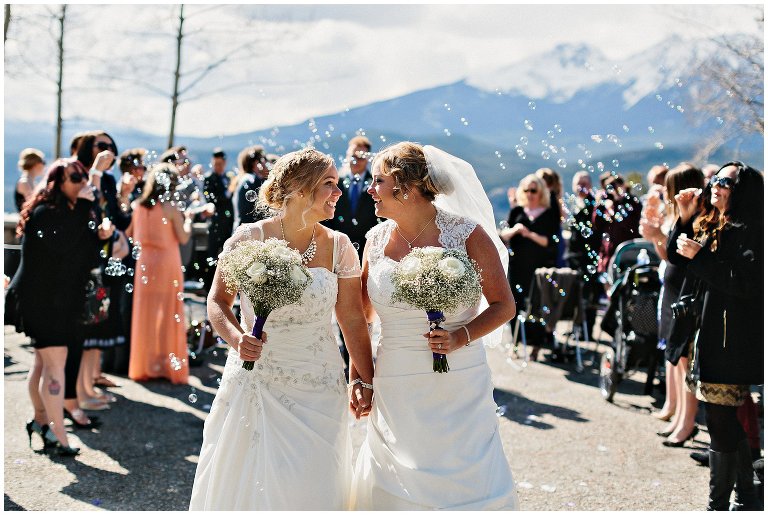 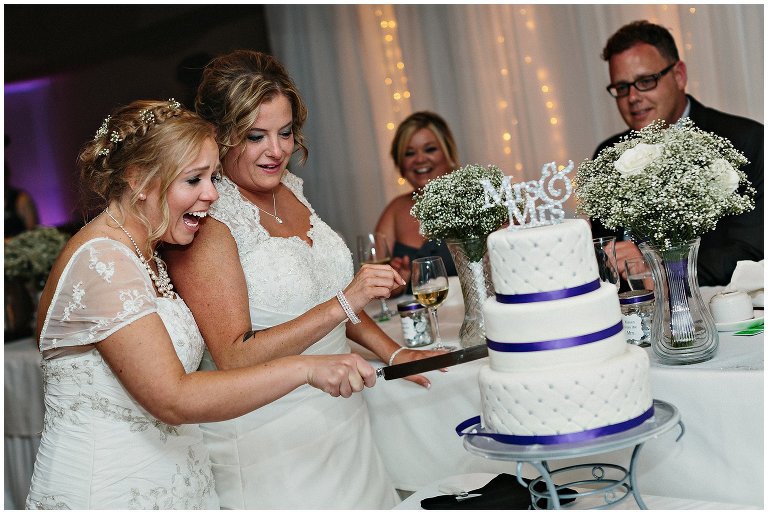 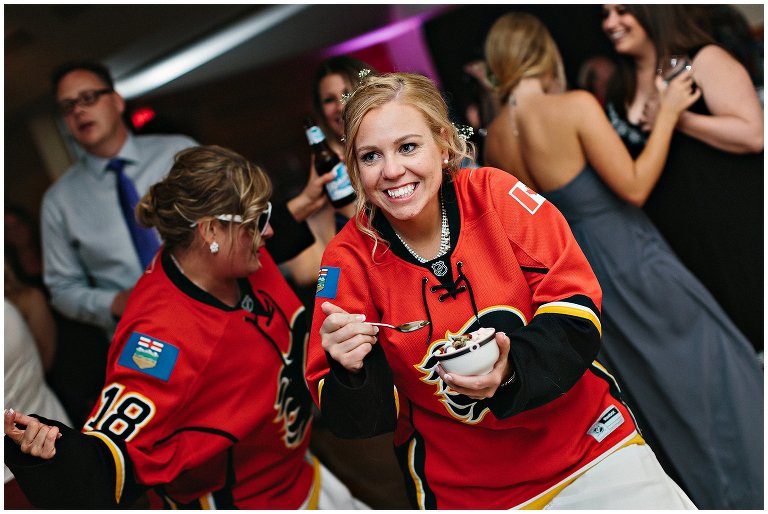 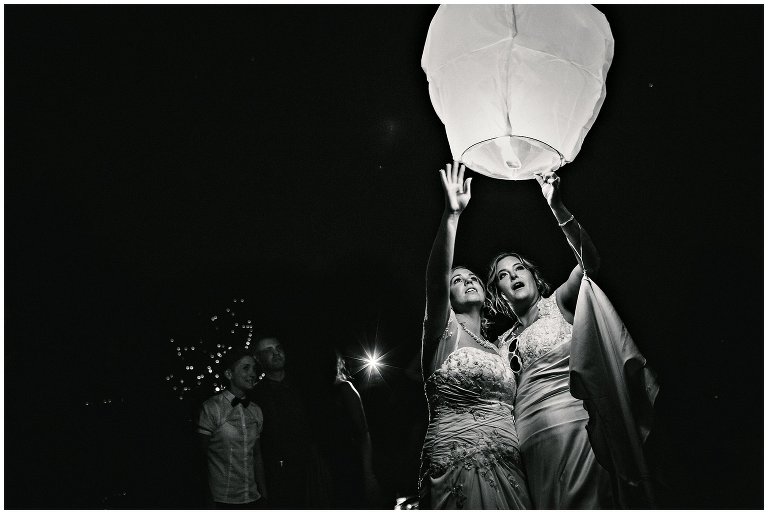 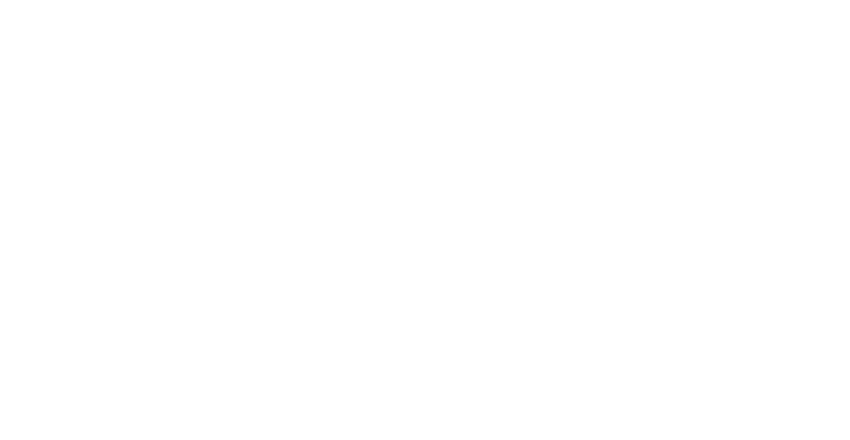