Last summer, we decided spring would be a gorgeous time for Jenny and Justin’s Napa Valley engagement session. With mustard blooming in every field and cherry trees exploding with prettiness, it was perfect in every way, except one. We weren’t there.

They met in Napa where they both lived and worked in the wine industry. So naturally, it was an important location for them. But by the time spring arrived, they had just been transferred to Portland, Oregon and I was still in Florida. But we weren’t going to let a couple thousand miles get in the way. They drove ten hours just so we could play in those fields. And I’m so grateful they did.

Engagement sessions are as much for me as they are for my clients. I get to learn how two people communicate their feelings before the wedding day. Letting your guard down in front of a stranger with a camera is downright intimidating. For many of us, it’s hard to let go and live in the moment, so being comfortable with your photographer is paramount. But I want my couples to be more than just comfortable with me. By the time we have a camera between us, we’re friends.

When we finally met in person at Bistro Don Giovanni (eat the pizza) we talked about how the session would go. The plan was to start slow, from a distance, and I would gradually move closer to them as they became more relaxed. Obviously, Jenny and Justin are deeply in love. They’re getting married in June and you can see it written all over their faces. But my goal was to return them back to that point in their relationship when they first realized their heart was taken. Like a silent movie, I didn’t want them expressing their feelings with words.

Oh, holy crap. Within the first 30 minutes, all three of us were standing in a mustard field off St Helena Hwy with tears welling in our eyes. We were expecting fun and flirty for at least the first half of our session but what came to the surface was a deeply intense love. And it stayed there, sparkling around them like glitter the entire day until the last drop of light disappeared behind the grape crusher. It was about that time we realized we shot the entire afternoon in wine country and forgot to drink the wine. It’s just as well, really. They were pretty drunk on love.

Thank you, Jenny and Justin. Thank you for driving ten hours just to break down in a field of flowers. Thank you for letting me in. June can’t get here soon enough! 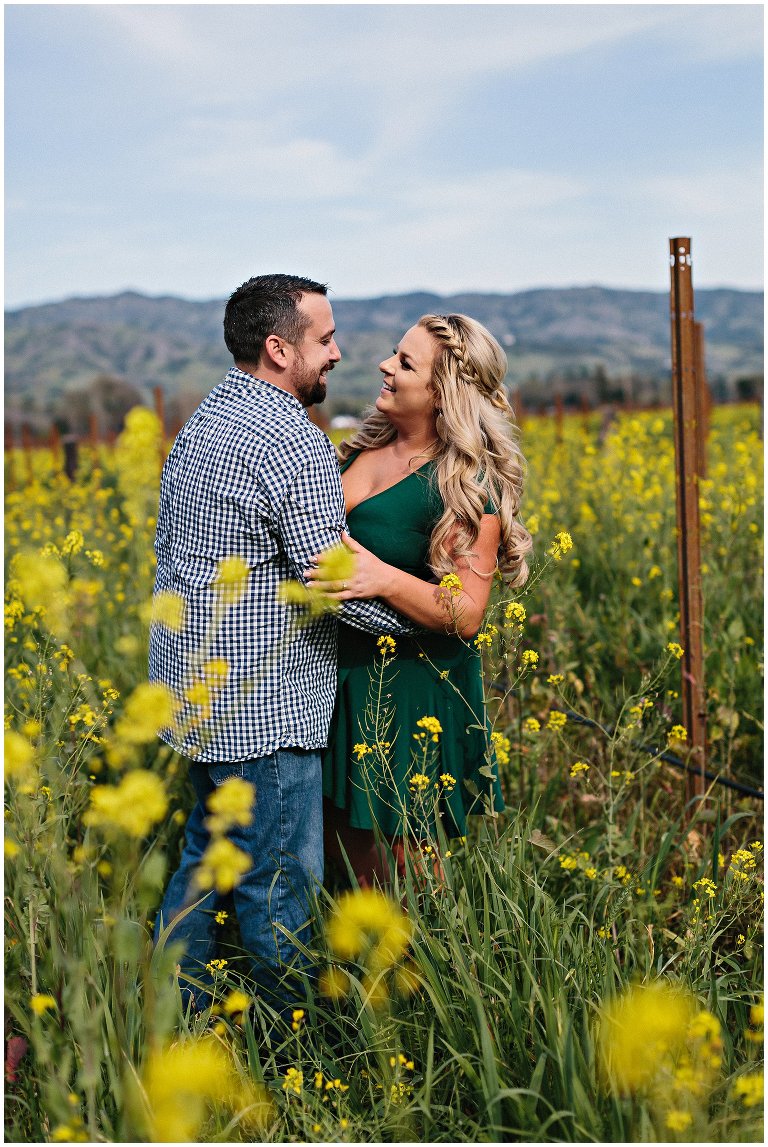 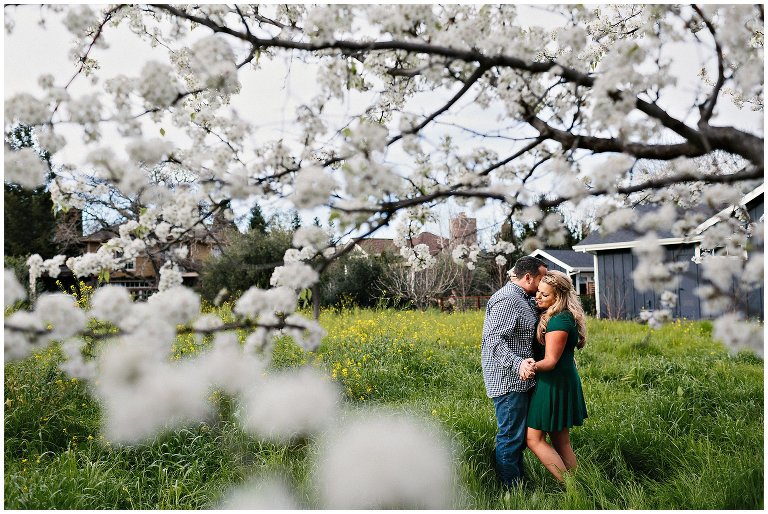 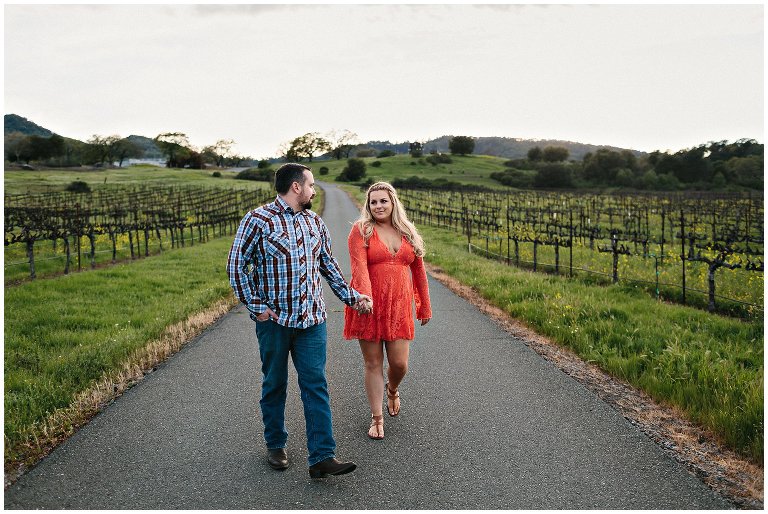 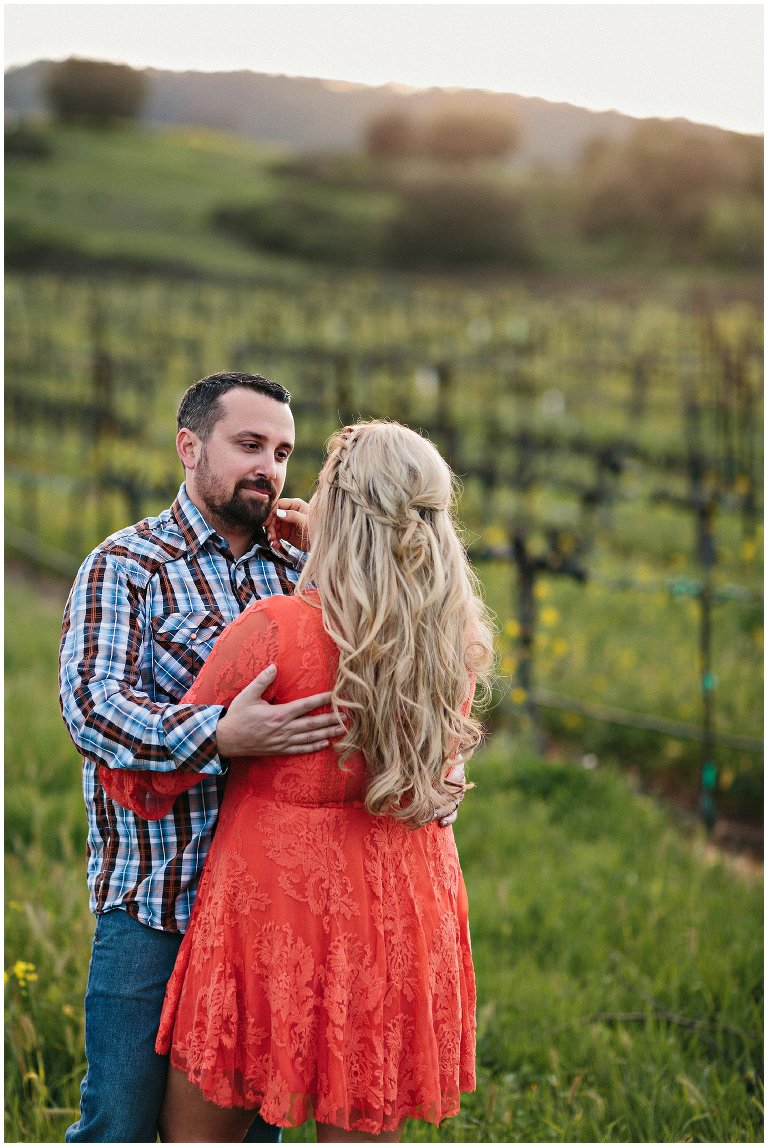 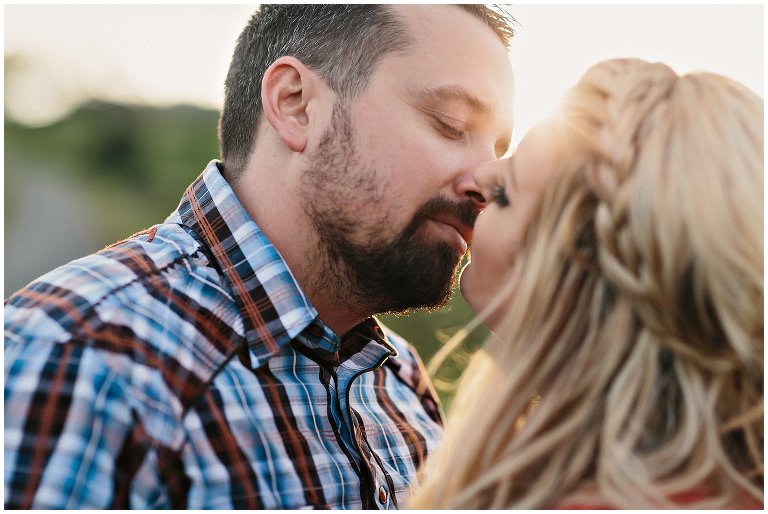 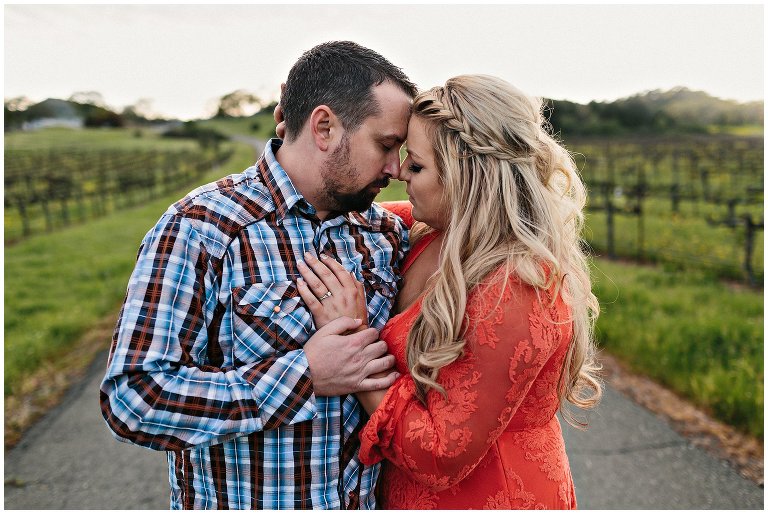 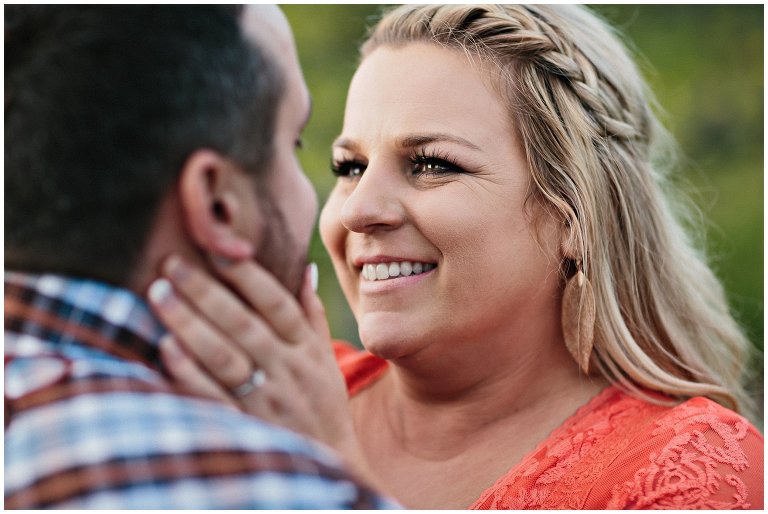 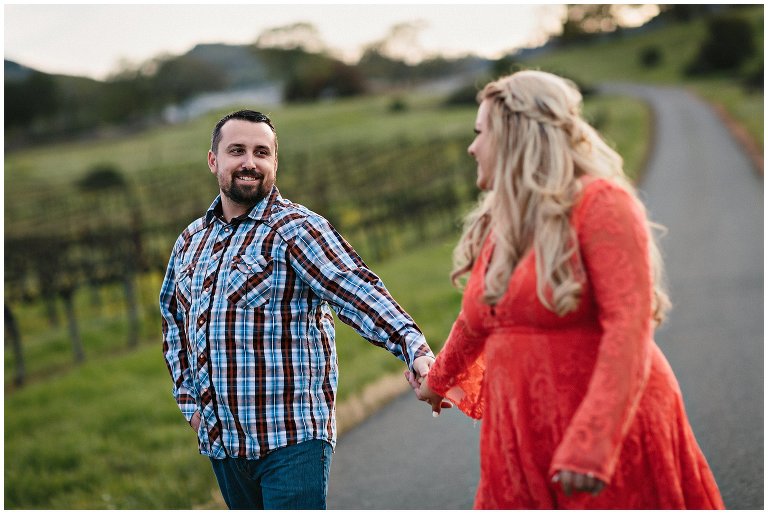 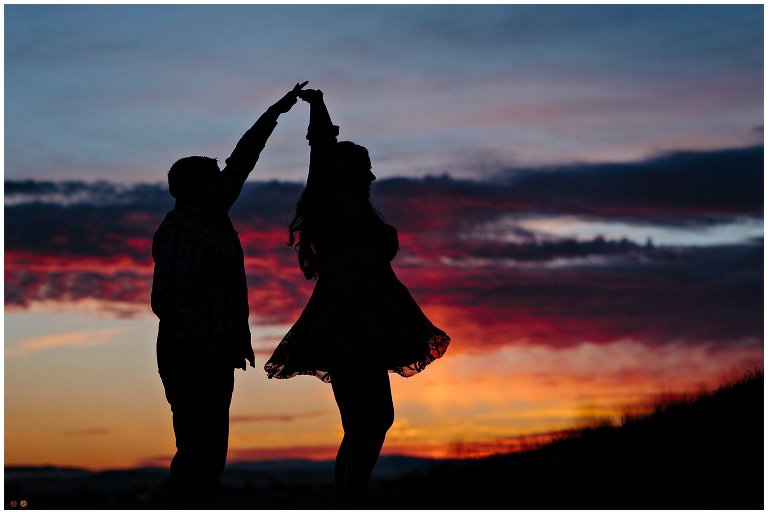 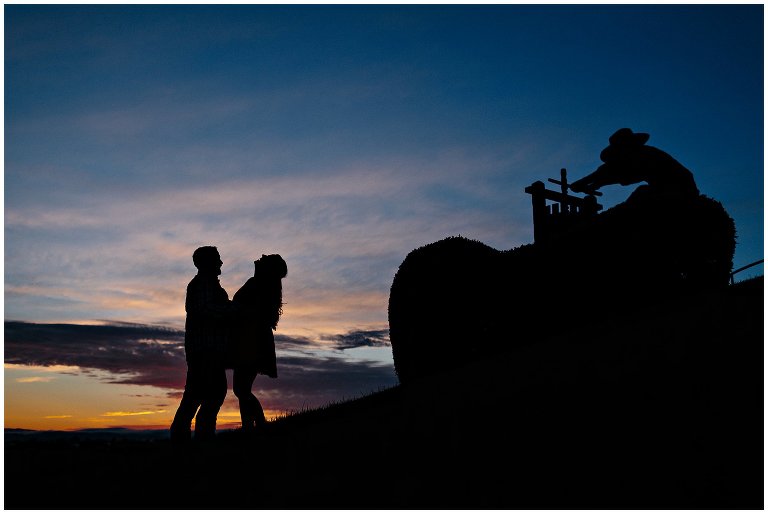